Tyler Cowen: “At the moment, Spain is not in charge of its destiny” 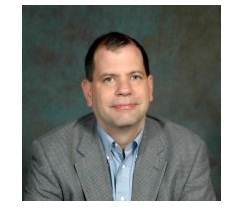 Tyler Cowen is a professor of economics at the George Mason University and coauthor of one of the world’s most successful economics blog: Marginal Revolution. The variety of topic the blog covers, always examined through the lens of economics, makes him an extremely prolific author. He has written books about the economics of art, about cognitive capabilities and even about food economics –the latter, “An Economist Gets Lunch”, being his most recent work, in which he offers advice on how to find the better restaurants and on how to enjoy the variety of food our world offers.

In this interview we focus on his preceding book, “The Great Stagnation”, in which Tyler Cowen examines the sudden stop of median income growth over the last decades. His hypothesis, which he calls the “Low Hanging Fruit”, states that productivity and household income had grown fast through the central decades of 20th century because of the availability of easy-to-recognize and universal needs, which led to the invention of universally-adopted technologies. The fridge, the electric oven, the automobile, aviation and the phone heavily improved the living standards, and also saved a lot time. But once these basic needs –relative to nutrition, clothing, transport or communication- were covered, the following productivity gains were not that easy to unveil.

:: Your “low hanging fruit” hypothesis has been widely debated over the Internet. What have you learned from this debate? Has it changed your perspective on it?

I have learned that people do not budget from their priors very easily.  And that they are easily mesmerized by innovation in tech and much stagnation elsewhere in the economy.  To the intellectual elites it seems like a pretty good deal.

:: Do you think our output measurement accounts for the improvements in product variety and quality properly? Couldn’t that problem explain a substantial amount of the missing mid-class productivity?

In the United States the numbers attempt take product variety and quality into account.  Admittedly this is imperfect.  But it is also an imperfect adjustment process – in fact more imperfect – for the earlier time periods when measuring economic growth.  So if anything a perfect adjustment for these variables probably would show the growth gap to be even larger than we think.

:: Could you tell me a 5 minutes rough estimate of the Internet consumer surplus for the US? How does Internet fit in this low-hanging-fruit story?

The Internet consumer surplus for the US is estimated in 2 to 4 percent of GDP, starting with the work of Austan Goolsbee.  That’s a lot, nothing to sneeze at, as they say.  But it’s not enough to overturn, reverse, or fundamentally modify decades of near-stagnation of incomes.  Often the elites, including media elites, overvalue the internet because it is so valuable to them.

I am convinced that the internet will bring larger and more significant economic transformations than we have seen to date.  It’s not just Facebook and Google, rather I expect the internet to overturn a significant portion of retail and also education.

:: We could also have composition problems. Spanish TPF diminished throughout the 2000 – 2007 period. Is that conceptually possible after accounting for sectorial shifts?

I can’t speak to the details of how Spanish TFP [TFP, in English] is constructed.  I can say that most of the Western world, in my view, did not see big productivity gains during those years.  So if Spain’s true gains are small or zero I do not find that surprising.  Measured negative productivity of course could indicate some problem with the numbers and how they are constructed. 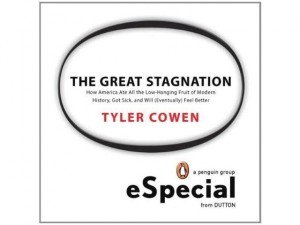 In 1890 there was polio, death in childbirth was common, airplanes were not to be had, and there were no antibiotics.  But by 1960 the top 1% life is better and indeed it has everything which I mentioned in the previous sentence.  As for 2100, it is difficult to see what the future will bring but I suspect I would take the top 1% from 1960 or the 2012 median income over the bottom ten percent for any time in the future, 2100 or not.

:: The relative top 1% income has grown much more in US and UK than in other developed countries. Greg Mankiw has argued that perhaps the English language and the non-rival nature of a lot of modern services can account for this gap. What’s your point of view here?

Some of it is wonderful innovation, such as from Apple.  The US in particular is a center for this kind of productive activity.  Some of it is rent-seeking from financial risk-taking (“heads I win, tails somebody else loses”).  The UK has a lot of that too.  And then for entertainment markets and the like there is much more of a global market than before; look at how many countries Harry Potter or The Da Vinci Code were popular in.

:: The Spanish “college prime”, i.e. the increase in salary derived from attending college, did in fact fall over the first decade of the century. How can we make sense of this?

:: Can you suggest three brief political economy measures for our country?

Right now Spain has very few choices.  It is reliant on other countries to bail out its banking system and possibly to bail out the provinces. I tend to doubt whether it will receive enough aid to achieve either of those ends.  The next few years will be very difficult.  Per capita retail sales in Spain already have gone back about twenty years, plus unemployment is extremely high.  And yet the worst is still to come.  At the moment Spain is not in charge of its destiny.

:: How can we bring more sectors in Spain to the frontier of innovation?

Spain is already a strong innovator in construction, infrastructure management, tech, and agriculture.  Yet it seems that is not enough.  I would say the labor market needs yet further reform to dismissal at will, the country needs a better bankruptcy law (to encourage risk-taking), and I still am not sure if Spanish banks are being fully forthcoming about their losses.  Spain needs a culture of transparency.

:: And one last question: do you think fiscal policy can improve our eating and culinary habits?

It is sometime said that some of Washington’s better restaurants are due to the presence of the IMF and the World Bank in town.