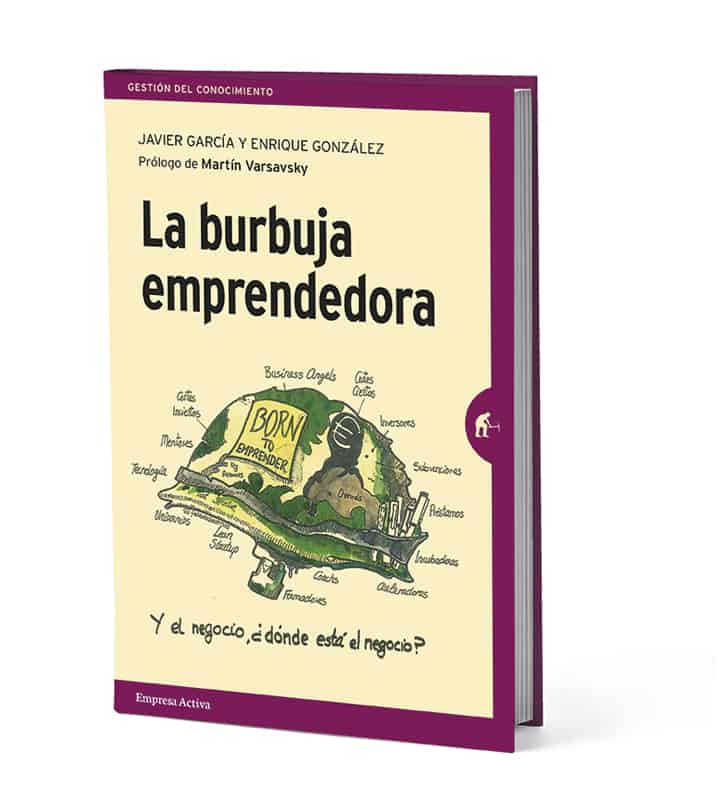 Much has been written in both academic and practitioner literature on management and entrepreneurship. But according to the view of the two scholars interviewed today by Sintetia, entrepreneurship and the firm have been treated independently, as different subjects. But this shouldn’ be. Nicolai J. Foss (Professor of Strategy and Organization at the Copenhagen Business School and the Head of Department of the Department of Strategic Management and Globalization at CBS) and Peter G. Klein (Associate Professor of Applied Social Sciences and Director of the McQuinn Center for Entrepreneurial Leadership at the University of Missouri) argue that entrepreneurship and the theory of the firm must belong together, as the firm is the locus of entrepreneurial activity, and one cannot be understood without the other. Their ideas, developed throughout their prolific academic careers, have been collected and systematized in their 2012 book “Organizing Entrepreneurial Judgment: A New Approach to the Firm”, published by Cambridge University Press. The book is the focus of this interview. :: The aim of your book is, as you state, to define a program for research in the intersection of the theory of the firm and entrepreneurship. What is wrong with current theory in these fields?  Klein: Until the 1980s, the economic theory of the firm was a branch of neoclassical production theory. “Firms” were highly stylized, abstract units that convert inputs into output – everything economically relevant about the firm could be expressed as a production function. There was little interest in why firms exist, how firms are governed and managed, why some firms perform better than others, and so on. Any behaviors not consistent with “perfect competition” were regarded as efforts to exploit monopoly power. Basically, the theory had little to do with business firms as they actually exist. Things got better with the emergence of agency theory, transaction cost economics, and the economic analysis of property rights. Even these approaches, however, are fairly static and “closed,” with little room for entrepreneurship and uncertainty. There was a standalone academic discipline of entrepreneurial studies, but it was mainly descriptive and focused on startup companies and self-employed individuals. Even today, the theory of firm doesn’t incorporate entrepreneurs, and much of entrepreneurship theory abstracts from the firms that entrepreneurs establish and operate. :: What are those “neglected insights” you want to revitalize?  Foss: In this book we pick up on a number of themes associated with less conventional thinkers in economics, notably Frank Knight and his seminal book, Risk, Uncertainty and Profit from 1921. In fact, our book may well be described as “Knightian.” What we appreciate in Knight is his emphasis on uncertainty rather than risk as characteristic of most business decisions and not just the major ones. Someone has to shoulder the uncertainty (it is uninsurable) associated with setting up an enterprise and because these ideas are often not fully or clearly articulable, the result is that entrepreneurs set up firms, bearing responsibility for any profits or losses the venture make. However, Knight’s ideas go much beyond start-ups. Another source of inspiration is the Austrian school of economics. In the book we put much emphasis on resource heterogeneity and all the many problems of measuring, monitoring, combining, coordinating and so on that arise in a world of heterogeneity. All management problems are caused by such heterogeneity in conjunction with uncertainty. This is something mainstream economics still has to embrace. 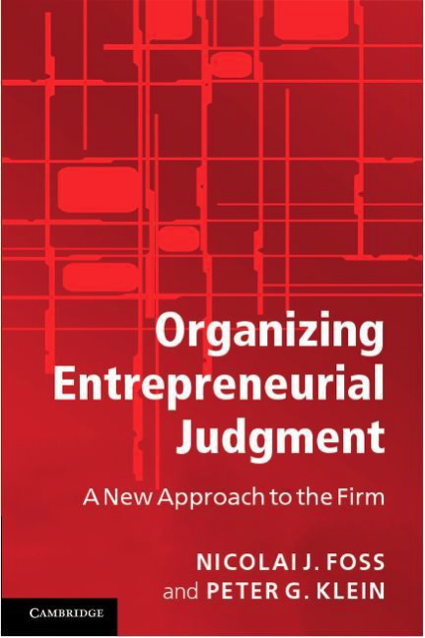 :: One of the features one finds of the current literature on entrepreneurship is what you call the “start-up bias”, i.e. the almost exclusive focus of researchers, both in theory and empirical work, on new firm formation, small and high-growth firms. Steve Blank might be one of the examples of this bias, defining a start-up as “a temporary organization designed to search for a repeatable and scalable business model”…which obviously seems to differ from an established and mature business. Why do you find this view disturbing?  Klein: Starting new companies is an important manifestation of entrepreneurial action. But conceiving entrepreneurship exclusively in terms of start-ups is too narrow. In the book we distinguish “occupational” and “structural” concepts of entrepreneurship from “functional” ones. An occupational approach defines entrepreneurship as self-employment – hence entrepreneur is an occupation, just like doctor, teacher, lawyer, manager, or taxi driver. Structural approaches treat entrepreneurship as a kind of firm structure, namely new firms, small firms, or high-growth firms. We have no objection to the careful study of self-employment and start-up companies. But we conceive entrepreneurship much more broadly, as a generalized economic function – namely judgmental decision making under uncertainty. Most of the classic contributions to entrepreneurship theory are also “functional” in this sense – Joseph Schumpeter defined entrepreneurship as the creation of new things (not just firms), Israel Kirzner described entrepreneurship as the discovery of previously unknown profit opportunities, and Frank Knight (who we follow) focused on entrepreneurship as uncertainty bearing. The problem with an exclusive emphasis on start-ups is that a great deal of creation, discovery, and judgment takes place in mature, large, and stable companies. Entrepreneurship is manifest in many forms and had many important antecedents and consequences, and we miss many of those if we look only at start-up companies. :: Another bias on the literature you highlight and are critical of is “the opportunity-discovery bias”. A good deal of research on management and entrepreneurship (e.g. Kirzner) has focused on how business opportunities are discovered and exploited, as if opportunities existed objectively out there. You claim this view is not particularly useful and offer an alternative…  Klein: Much of the practitioner literature focuses on start-ups, but Kirzner’s idea of entrepreneurship as discovery has been hugely influential in the academic literature, particularly through the influence of Scott Shane. We appreciate Kirzner’s challenge to the neoclassical economist’s notion that all human behavior can be expressed as “rational,” maximizing behavior, but we think the discovery metaphor is misleading. In our view, the opportunity-discovery approach makes the entrepreneur a passive player, scanning the landscape for opportunities that already exist but for some reason have not been noticed already. Some scholars have pushed back against this construct by arguing that some opportunities should be regarded as “created,” not discovered. We also think entrepreneurs are creative, but what they create is not abstract “opportunities,” but concrete things like firms, products, business plans, and the like. In other words, the unit of analysis shouldn’t be the opportunity – a metaphor that only makes sense ex post, after profits and losses from a venture are realized – but the actions that entrepreneurs take, ex ante, to establish and operate ventures in hopes of profits in the future. 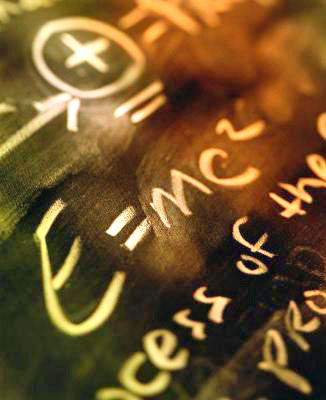 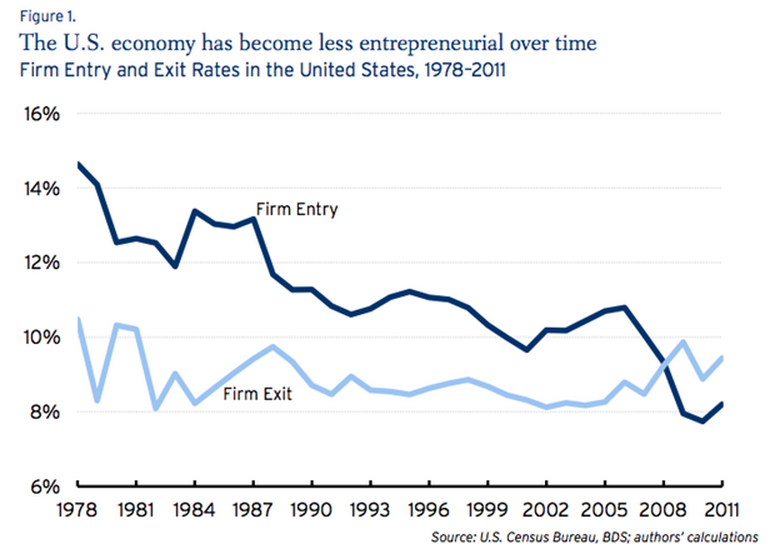 Foss: Some of my cross-country work on entrepreneurship with Christian Bjørnskov speaks directly to these issues. For example, in a paper in Public Choice (2008) we indeed find that sound money and less government meddling with the economy are conducive to entrepreneurship (narrowly defined as start-up activity). In another paper (Strategic Entrepreneurship Journal; 2013), we find that entrepreneurship is highly conducive to productivity advances and economic growth. Jointly these findings indeed suggest that free environments with low transaction costs are good for entrepreneurship and growth across the nations we consider.
¡Compárte!
Ángel Martín Oro
Mostrar comentarios (5)